Caste and the Current Political Moment

I couldn’t sleep at all Tuesday night. As soon as presumptive Democratic presidential nominee Joe Biden announced that his running mate would be Senator Kamala Harris, my phone began to ping with euphoric messages from friends and family. This announcement, coupled with my listening to Isabel Wilkerson’s book Caste: The Origins of Our Discontents at one-and-a-half times the regular speed, contributed to my racing thoughts and restlessness during the night.

My major concern as I tossed and turned was whether or not I would be compelled to write a blog titled “Shouldna Known” after the fall presidential election. Biden has been leading in recent polls; he has been threatened that if he did not choose a Black woman as his running mate he would lose the election; Kanye West may be successful in positioning himself to siphon off some votes from Biden; and passionate Evangelicals, perhaps more than ever, see the current President as the protector of their religious freedom. 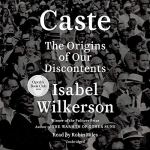 The biggest threat to Biden’s election, however, may be the impossibility of the dominant caste to “allow” a strong woman who embraces her blackness to be a heartbeat away from the presidency of the United States. The election may rest on the question of whether or not the dominant caste will risk their place in the “ingrained system of hierarchy” to save the nation. If caste is as strong an impulse and motivator as Wilkerson asserts, backed by examples and research, we will relive 2016’s “morning after,” awaking to a very different reality than when we’d gone to bed thinking that there was no way the American people would not elect Hillary Clinton to be President of the United States.

This entry was posted in Civic Learning and Democratic Engagement, Identity, Race & Ethnicity. Bookmark the permalink.

3 responses to “Caste and the Current Political Moment”